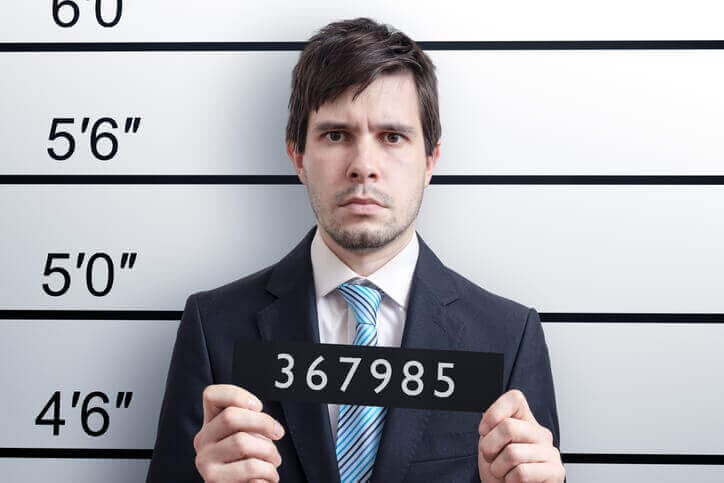 Do you feel mugged by your mugshot?

Investigative reporters have found more than 80 mugshot websites. That’s more than 80 opportunities for having your mugshot online that can ruin your life.

An online photo from an arrest, even if you were later found not guilty, and even if the charges were dropped, can have you answering awkward questions at every ob interview. You can go through a successful application process only to have an offer withdrawn at the very end.

Sometimes you won’t be given an explanation. You will just be left wondering if the problem was that the personnel department found your old mugshot online.

An online mugshot can keep you from getting an apartment or closing a loan. It can interfere with your employer’s application for a surety bond, which spells serious problems for your continued employment.

That embarrassing photo can even keep you from getting funding for your business venture.

If you committed a crime and you’ve done your time, most people would agree that you deserve a break to get your life back on track again. Online mugshots will keep you from doing that.

If you were arrested for a crime you didn’t commit, or if someone maliciously gave the police false information that resulted in your arrest, just about everyone would agree that you deserve to have your mugshot removed from the public record and from the Internet.

There ought to be a law.

But in Kentucky, laws to protect the rights of innocent have never quite found their way out of the legislature.

Some sites use your mugshots to try to extort money from you.

There are websites that publish directories of online mugshots.

They harvest photos from local sheriff’s departments and city police departments, sometimes less than 24 hours after an arrest. These photos go online sometimes before you have a chance to post bail or to get released on personal recognizance. No thought is given to the facts of your case, of whether you might be guilty or innocent.

On these websites, anybody in the world who has Internet access is free to assume you are guilty.

Usually after your mugshot has been online for 30 to 90 days, long enough to cause you some serious problems, you’ll get an email. For just $500, or maybe $1000, and sometimes up to $5000, the site will remove your photo.

Paying extortion money gets your photo off the extortion site, but it doesn’t get copies off social media or other sites.

Kentucky has at least enacted laws to reduce this kind of online extortion.

In other words, if a website puts your mugshot online, and then informs you that you have to pay them to take it down, you have a right to file a criminal complaint against the owners of the site.

There are some pretty stiff penalties for violating this Kentucky law. Violations are a criminal offense. If the owners of the website are found guilty of this kind of extortion, you are entitled to sue them in a Kentucky Circuit Court.

If you win that case, the law says that you are entitled to reimbursement of your legal fees plus:

That sounds great, doesn’t it? Kentucky law could force a website to take down your mugshot and pay you as much as $15,000 a month if they don’t.

The reality is, this law doesn’t do a lot to help Kentuckians who have had their mugshots posted online. For one thing, it may be impossible to sue a “foreign” website owner (in this case, “foreign” means outside of Kentucky, although website owners are often also outside the United States) in Kentucky Circuit Court.

You might have to file your case in a US federal court. Your lawyer would need to be licensed to practice before the US courts, or, if you presented your own case, you would have to find a very patient judge.

Even if you won, or if the other side just didn’t show up, and you got a default judgment, there’s no easy way to collect damages. You could get stuck with a lot of legal defenses and only a victory on paper to show for it. And your mugshot might still be online!

Clean Slate Kentucky can help you get your court records expunged. Kentucky law allows certain kinds of arrests and criminal charges to be wiped off your public record. This can help you with employers who are sufficiently interested in hiring you that they have the patience to wait for you to go through the complicated legal process of expungement.

Clean Slate Kentucky can’t really help you a lot just with online mugshots. For that, you need to a different kind of help. But first, let’s discuss do it yourself.

Kentucky mugshot removal isn’t easy if you try to do it yourself.

It’s bad enough when your mugshot shows up in a mugshot site. It’s even worse when people Google your name and your mugshot is the first thing that pops up.

Google has made changes to its search algorithms so mugshot aren’t displayed as prominently as they used to be, but many people who have their mugshots online try to create enough Google-friendly content that any mugshots get pushed down the list of search results to another page.

If your mugshot doesn’t appear until the third, fourth, or later page of search results when someone Googles your name, the thinking goes, they aren’t as likely to find it.

Everything about this approach isn’t bad. It actually works, as far as it goes. You don’t have to hire any specialists to use it. You just have to create lots and lots of favorable pages tagging your name that are more interesting to Google than your mugshot.

But adding content doesn’t remove your mugshot. It just pushes it down in the search results. There are a couple other do it yourself approaches you can also try:

Kentucky mugshot removal with the help of PayPal.

You can ask PayPal to suspend payments to any mugshot extortion site. They’ll often say yes.

Google payments for getting your Kentucky mugshot removed.

The problem with both of these approaches is that they don’t take your mugshot down from the Internet. Extortion websites can find new methods of payment as fast as transaction processing services suspend their old methods of payment.

Fortunately, there’s another way to get your Kentucky mugshot taken offline.

There’s one sure way to get your Kentucky mugshots off mugshot.com.

If there is a “mugshots central” on the Internet, it is the notorious mugshots.com. This site draws tens of thousands of visitors every day by posting “news stories” featuring mugshots of thousands of innocent people just like you. They don’t just post mugshot photos. They also try to find lurid details of people charged with crimes, even if there isn’t any solid evidence that they have committed them. But Clean Slate Kentucky advised that mugshots.com will remove your photo from their website if you can do one of the following two things:

How do I prove I’m innocent?

It’s not easy to prove something never happened. Clean Slate Kentucky recommends getting an expungement order from the court with jurisdiction over your charge. Or you might get your mugshot removed from their site if you got an order of habeas corpus from a higher court. It’s possible that a statement that you weren’t charged from the police department that arrested you could be enough.

What won’t work if your statement to the effect of “I’m innocent!”

You might have an order of habeas corpus releasing you from custody. You could have a statement from the police department that arrested you. Your statement that “they didn’t go ahead and charge me” won’t be enough.

It’s easier to get mugshot removal if you were arrested but never charged. All you have to do is to send mugshots.com a gif or a pdf of the magistrate’s finding that removed your arrest from their arraignment docket.

If you do get the paperwork you need, you still need to be calm and polite with mugshots.com. They can find ways to deal with you if you threaten them.

Need help with Kentucky mugshot removal or other states like South Carolina?

We are your mugshot removal experts. Our team doesn’t put your mugshot up on the Internet. We just help you take it down.

Or you call us at 844-935-1118 for further information when you Kentucky mugshot removal on your own.

Texas Mugshot Removal: Getting Your Reputation Back

Tennessee Mugshot Removal: How to Remove that Mugshot Fast
Scroll to top