How Long Does it Take for an Expungement to Come Off Your Record? 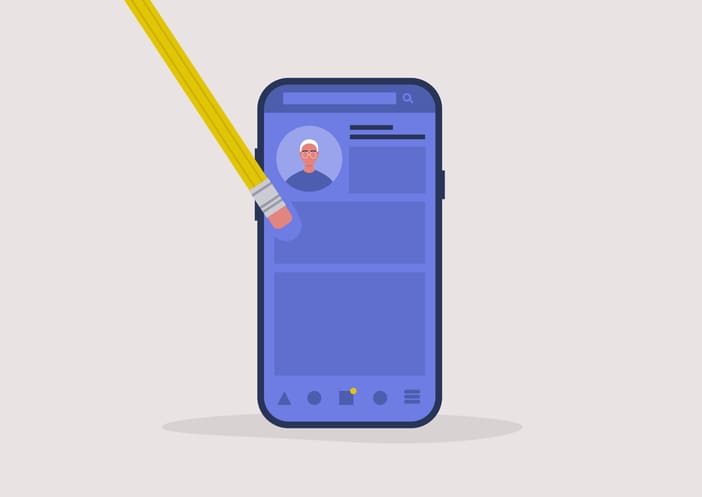 How long does it take for an expungement to come off your record?

The process of expungement might seem like a negative experience, especially for someone who’s already gone through the courts for a violation.

But if someone has the right to clean their record, this is exactly what needs to be done. It’s key to removin negative criminal activity information or erroneous files associated with a person’s identity.

The fact is that negative criminal information, even those for the innocent, can create serious problems. With the number of mugshot websites on the Internet, just about anyone with a background issue can be found out with a small bit of effort.

So, it’s a serious matter and shouldn’t be taken lightly.

The Process and Rules Vary State to State

Depending where one is located, the expungement process is going to be somewhat different.

The process for removing erroneous or dismissed record information can very different in California versus Florida. In addition to the laws and general rules, courts and agencies that store such information can also have their local process.

Some have more than others, inherently making the process more difficult. After all, once people obtain your information, it can be valuable for a variety of purposes.

So, agencies often put up barriers to expungement. Many see this as a threat to public records that officials might need in the future.

Some states have been very clear about keeping their documents out of prying hands, but others make the records freely available to those who ask for it.

Technically, criminal records are public documents, and the news media has a long history of being interested in the details. While it may take time for your mugshots and arrest reports to appear in public records, be aware that if records were made during your arrest, they will eventually wind up online.

But with the Internet, businesses seeking your data can leverage it into revenue, charging people ridiculous fees just to take it down.

That said, the only way you can seal, hide or remove criminal records completely is with a court order. An expungement is one such removal method. The court offers this remedy, which effectively removes such records from public view.

Expungement is unique and specific to each record a person might have in the courts or arrest records. There is no one-size-fits-all approach to sealing records.

So, a total expungement of all records can take a long time to complete, depending on how many files exist for a given person.

However, it may be worth the trouble if one is having repeat issues with trying to rent a place to live or find a job and a background check keeps bringing up old issues.

The request for an expungement starts first with a petition to the court to allow the removal of sealing of the given criminal record. The party the record is about has to file that petition with the local court for the jurisdiction that has the document.

So, you face arrest in another county. You would then need to file an expungement petition in the county where the arrest occurred.

The cost for an expungement petition typically runs approximately $150 per arrest record, not including additional court fees, copy fees and processing charges. If you hire an attorney to do the work, lawyers’ fees will also factor in.

There is no guarantee, paying the fee, that the petition will be approved either. It is simply the cost of making the request of the court.

The court must confirm your eligibility before answering the question of how long does it take for an expungement to come off your record. Again, the nuances of who and when a party is eligible to seek expungement varies by state.

Some states require stricter processes. Other states put up barriers to prevent an onslaught of paperwork.

However, a number of jurisdictions are making changes due to pressure regarding increased number of files existing for certain demographics versus others. The goal of these changes is to make it easier fto expunge your records when you meet the minimum criteria.

Interestingly, there is no record retention for records, either arrest or court filings. So, they can technically stay on file for perpetuity until an expungement occurs. That said, the age of the record doesn’t block the expungement process itself. If approved, a 40-year-old record can be sealed or removed the same as one created just a year ago.

And, if specified, the courts reach for expungement can include federal law enforcement records as well. However, that petition has to be approved by the federal court system, not the state.

Eligibility can certainly be denied as well, negatively affecting the question of how long does it take for an expungement to come off your record.

The court can easily decide not to approve a petition, especially if an argument is brought against doing so, such as the response of a prosecutor’s office or a filing by a victim’s representative.

The court and related agencies will definitely need identification information to complete an expungement correctly. The last thing anyone wants is the wrong record being treated. As a result, it is likely a petition will require:

How Long Does It Take for an Expungement to Come off Your Record?

Again, expungements don’t happen in a day. The approved petition order has to circulate among the various offices that retain the affected records.

Then they go through their process and procedure for examining the order, finding the record, processing its closure, and signing off on completion of the order and expungement.

In most cases, the entire phase from approval to completion can take a month at a minimum if not two.

Media Records are Not Related

Expungement does not affect any records obtained, copied and held by news agencies.

Most news media companies are independent businesses and enjoy First Amendment protections. These protections allow news agencies to legally publish and produce valid news information. And criminal records, even for arrest only, are considered public records when provided to the media.

It would only be in a situation where a person could show legally that a news agency was vindictively harassing the individual with repeat publishing, and even then the person has to sue in civil court to obtain a restriction.

It’s a very hard challenge to beat, as freedom of the press tends to be a well-established defense.

Unfortunately, “mugshot” websites have also fallen into a similar but not identical category. Courts tend to resist automatically barring such sites from using already published information, even if they charge a fee to take down the arrest record.

Instead, many jurisdictions limit what businesses can obtain. But once posted, the record tends to be hands-off per the court.

So, while an expungement can cut off future access to old records, it won’t remove those records in the hands of media and businesses already obtained when the file was an available public record.

Those seeking expungement tend to be advised to get expert help as the related processes can be very difficult to navigate, especially if one has to seek multiple petitions for different records.

Oftentimes, attorneys will offer their services, but not everyone can afford a lawyer’s service rates. If you’re finding yourself considering the expungement process in your state and need help on how to get started, consider working with RemoveMugshots.com.

We have worked with dozens of clients, specifically those struggling with access to their public records that don’t need to be available anymore.

Do I Need a Mugshot Removal Attorney?
Scroll to top