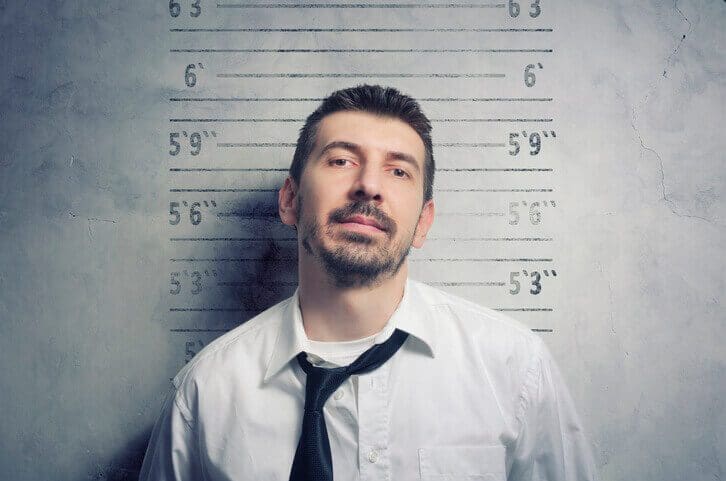 Saying the United States has a mass incarceration problem is not controversial. Yet, despite a general agreement on this, many still don’t see the problem with online mugshots. In fact, many of our clients asking for Georgia mugshot removal don’t know how much of a problem it is until it happens to them.

Before the rise of the Internet, many print newspapers incorporated a recent arrest column. Some included notable arrests other included all arrests in the local area. Sometimes these included booking photographs, but not always. Having a mugshot in the local print paper could hurt a person in the short term, but today’s paper becomes yesterday’s fish wrapper. In other words, the effects used to be short-term.

But then the internet came. Print newspapers began uploading those jail booking logs to their online feeds. Later, people with less journalistic inspirations saw dollar signs. These ‘entrepreneurs’ used loopholes in the Freedom of Information Act. They used these loopholes to access various county, state, and federal arrest records. They obtained individuals’ mugshots en masse and created whole websites. Anyone curious enough to search those websites could then view mugshots and the attached crime stories.

These individuals then profited off of other peoples’ pain via website ad revenue and charging ransom fees. In other words, they agreed to remove mugshots but only if the individual requesting paid $400 or more per website.

The Effects of Mugshot Websites

Suddenly, mugshots weren’t just featured as one-offs in print papers. Now, they existed forever as a constant memorial to what might have been a person’s worst day.

What are the effects of an online mugshot? Consider the following:

An arrest does not equate to a guilty verdict. Furthermore, some events that led to an arrest are justifiable. Officials may also dismiss, downgrade, or find the individual not guilty of those charges. Yet, despite all of these potential outcomes from an arrest, too many bystanders will equate an arrest with criminality.

While technically, landlords cannot refuse to rent to prospective tenants arrested but not convicted; it’s hard to prove if they did. All things equal, a landlord who looks up a person’s name and sees their mugshot as the first hit is more likely to choose another prospective tenant.

Same story. In most cases, employers can’t pass on an applicant for this. But employers find loopholes. Many of our clients suspect an online mugshot hurt one or more of their employment opportunities.

An online mugshot can hurt a person’s social life

Yes, a person should be fully honest with friends and community members. They should especially be honest with someone they want to spend the rest of their life with. However, it should be up to the individual to choose when to make that disclosure. Having an online mugshot that someone who just met you can find can hurt one’s chances at letting the relationship develop naturally.

Ransom fees can cause undue financial burdens to individuals

Finally, those websites that agreed to remove mugshots for a fee cause an undue financial burden. This is because when a person is newly released, they often don’t have the finances to pay the $400+ fee these websites charge. Plus, paying that fee only resolves one website. Some webmaster hosts own multiple websites and charge individuals the same high fee for each website. This can lead a person to be thousands of dollars in debt just trying to get their life back.

Georgia Mugshot Removal: How to Save Your Reputation

Georgia state representatives recognized the long-term harm mugshot websites were doing to their citizens. They reacted by passing some really exciting legislation. Legislation that every Georgia resident should know of.

In 2013, they passed the first Georgia mugshot removal law. This law states that under certain criteria, a mugshot website must remove an individual’s mugshot and record from their platform. They must do so for free or face fines and other repercussions.

The criteria for the 2013 free mugshot removal includes:

If an individual meets any of the above criteria then they can request for mugshot removal under the 2013 law. To do so, they must send the request via certified mail. That request must include a full name, birth date, arrest date, and the arresting police department or officer. Any site that doesn’t remove the mugshot within 30 days is subject to fines and civil suits.

What to Know About the 2014 Georgia Mugshot Law

The 2013 law is great but it does have some limitations. To remedy those limitations, the Georgia legislature passed another mugshot removal law the following year. This law bans law enforcement agencies from taking mugshots and posting them online. It also prevents other commercial agencies from posting information online.

Need Help? Get the Georgia Mugshot Removal Professionals On Your Side

Georgia representatives have certainly started working for the people with these two laws. All the people. However, both these laws still have limitations. For example, if a mugshot website not based in Georgia posts your image and arrest record, there is nothing the state can do. Or if your arrest happened outside of Georgia, then the 2014 law may not help you at all.

If you are struggling with these limitations or otherwise don’t know where to begin, consider calling in professionals.

We are an experienced online removal group that knows exactly how to get mugshots, arrest records, and other negative information removed. We work hard so that your past doesn’t have to haunt your future.

How Long Does it Take for an Expungement to Come Off Your Record?
Scroll to top